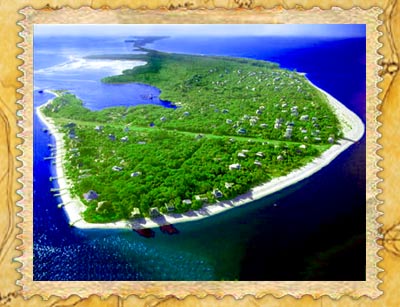 North Captiva Island remains one of the few places left where man and nature coexist in complete harmony.  North Captiva was separated from Captiva October 25, 1921 when a hurricane carved out Redfish Pass.  Hurricane Charlie separated North Captiva temporarily August 13, 2004 but has since been filled back in with sand and new vegetation.

North Captiva is one of Florida’s few places left which survived unscarred the early days of land grabs and bulldozers. In fact, it is one of the few places where the delicate balance between man and nature has gracefully withstood the passage of time.

Today the osprey still wheel overhead, fish teem just offshore in the Sound, gopher tortoises plod across the savanna, and otter sport in the harbor. These days, North Captiva is home to a growing number of residents and visitors, drawn by the vibrancies of her beauty and unspoiled island atmosphere.

When you arrive to North Captiva, you will idle pass the landmark Ice House from the hey days of the fishing industry.  The Ice house is on the National Register of Historic Places and in the 20’s to the 50’s was affiliated with the Punta Gorda Fish Co.  The Ice Houses were built to be relocated but this one was never moved.  The fish house was built by the famously-named Mr. Rose, J.T., a captain in the fishing fleet out of Punta Gorda.  Needless to say, fishing in Charlotte harbor was excellent then and now.

Until we got wired, North Captiva homes ran on lanterns, ice boxes, and generators.  In 1983, Safety Harbor developers persuaded politicians to OK a cable under Pine Island Sound and privately raised the  $1.2 Million Lee County Electric Cooperative required to dig the trench and bring the power. Homes on the very south end of North Captiva are not connected to the grid.

The undeveloped South end (about 60% of the island) is a Florida-owned bird sanctuary with special rules to protect wildlife.  In 1975, Florida bought the parcels of land under an Environmentally Endangered Land Program, to protect them from development, as part of Cayo Costa State Park.